Skip to content
Top 10 Makeup Transformations of All Time 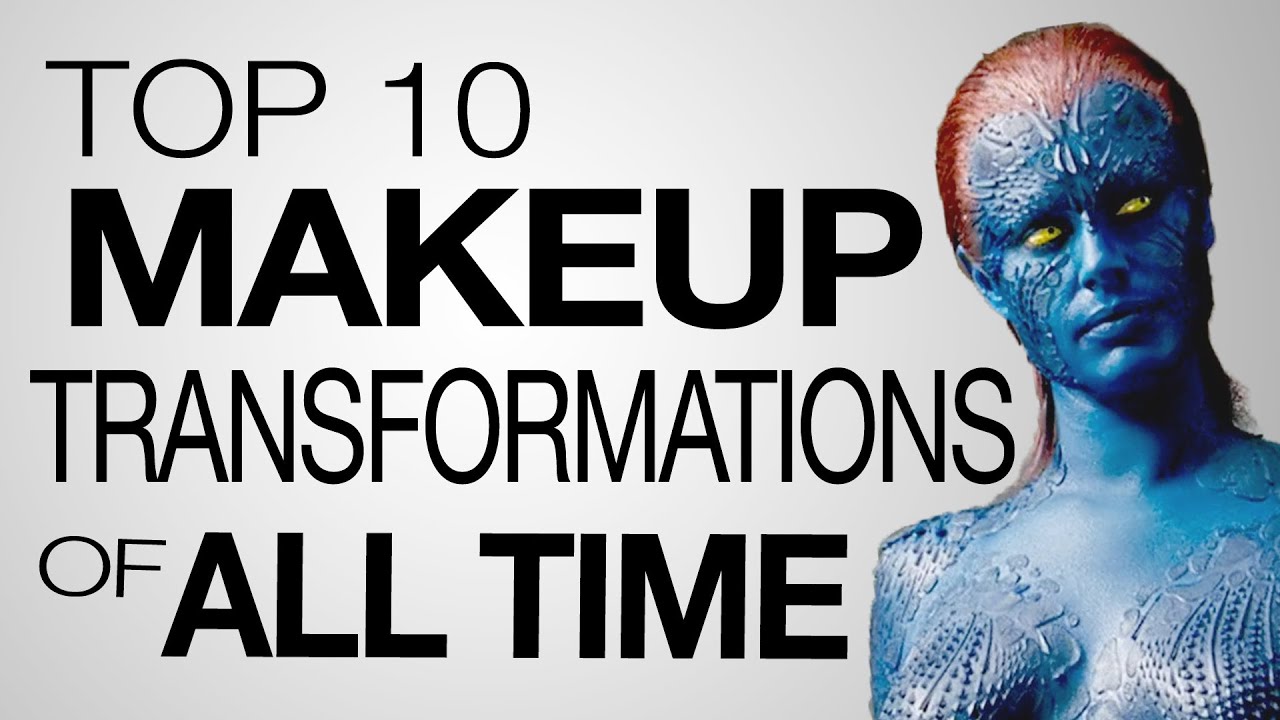 Movie makeup can do more than hide imperfections and beautify actors. Well-designed makeup can play a major role in creating a character. These are our top 10 makeup transformations of all time. Subscribe: http://goo.gl/9AGRm

What did you think of the list? Any famous makeup jobs you think we left off? How do you think this field will change as we enter the age of Motion capture? What other movie topics would you like to see us cover in future movie lists?

Let us know in the comments!

Mystique from X-Men (2000)
Makeup Artist: Gordon Smith
Rebecca Romijn spent over 8 hours in the chair for her total-body makeup transformation. And the result is truly transformative.

Tootsie (1982)
Makeup Artist: Allen Weisinger
This man-to-woman transformation was so good, Dustin Hoffman could pass for a woman on the streets of New York.

The Fly (1986)
Makeup Artist: Chris Walas
The transition from man to monstrous fly was a multi-stage makeup endeavor, encompassing 5 hours and 5 pounds of prosthetics.

Frankenstein (1931)
Makeup Artist: Jack Pierce
This iconic makeup invented the bolts-in-the-neck look thatâ€™s not an integral part of the character.

The Godfather (1972)
Makeup Artist: Dick Smith
Making Marlon Brando into the aged, jowly, Don Corleone is one of the most convincing works of age makeup to this day.

Monster (2003)
Makeup Artist: Toni G
Turning the beautiful Charlize Theron into the plain, scarred Aileen Wuornos is one of the most unbelievable tricks of makeup ever.

Panâ€™s Labyrinth (2006)
Makeup Artist: David MartÃ­
The Faun makeup was an achievement in makeup as well as technology.

This article has 19 Comments